Middle School Science Teacher Eugene Stampley’s students have been investigating the attitudes of people of color toward medicine, asking what role race and socioeconomic status play in the selection of participants of medical studies. They have examined many historic and notorious experiments, such as the work of Dr. J. Marion Sims, recognized as the “father of gynecology” in the 19th century. (Dr. Sims performed research on enslaved Black women without anesthesia under the racist notion that they did not feel pain). Eighth graders have studied the infamous “Tuskegee Study of Untreated Syphilis” started in the 1930s, in which the Black sharecropper subjects were told they were receiving free treatment for syphilis during a six month study. In actuality, they were not treated so that researchers could observe the natural history of the disease, and the sequelae of disabilities and death were left unattended for 40 years subsequently. And 7th graders studied the story of Henrietta Lacks, whose cervical cancer cells were extracted in 1951. Though her advanced disease was beyond treatment, her cells gave rise to the first immortalized human cell line and became one of the most important in medical research. Neither the patient nor her family ever provided their consent or received compensation. And in contrast, students have learned about the work of the Black Panthers in establishing Free Medical Clinics, delivering community-based health care for Black Americans. The Black Panther Party strove to provide clinics to serve the people, “body and soul” in order to continue fighting their mission.

In learning about the history of medical treatment of Black/African Americans, middle school students built on their study of how COVID-19 has affected different races and ethnic communities and established a foundation in understanding current attitudes toward the COVID-19 vaccine. They have read scholarly articles on the issue and have created a survey to collect data from subjects.

“The kids have been amazing and so well informed in our discussions,” Eugene marvels. “The origins of current African American attitude toward medicine are absolutely related to the current distrust of medical science and reluctance to be vaccinated against COVID.” Each student will interview ten subjects and analyze the data to assess the differences in attitude with respect to ethnicity/race, gender differences, and socioeconomic status. The project is multifaceted, combining the science of virology and medicine; history and social studies; social emotional learning and interviewing skills; and social justice. Though they are sometimes hard lessons to teach and learn, they are human-centered and will ultimately help our students become ethical, empathetic members of society.

The COVID-19 survey is now open to the community. We are hoping to support the students’ work with a strong response from a diverse population. Please complete the survey and share widely.

And while conducting their own scientific research, the students have been learning about famous African American scientists and inventors through a project called “Someone You Should Know.” Click on the images to get to know these innovators and their accomplishments. 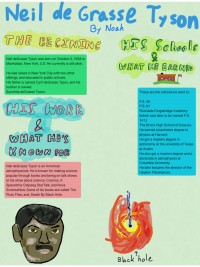 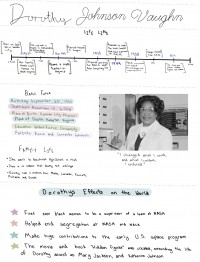 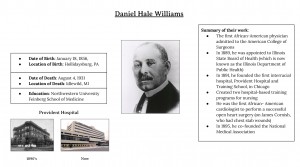 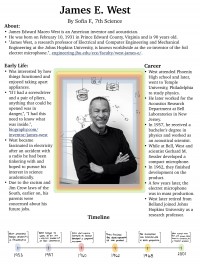 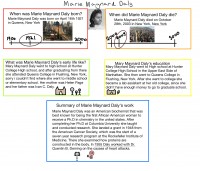 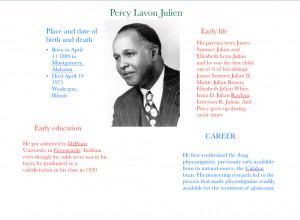